Note- We may earn commisions from affiliate links on certain pages at no extra cost to you. Read Disclosure & Your Privacy Rights

Anyone who has been involved in the sport of competitive swimming for at least a little while, has probably wondered- “how many yards is a swimming mile?”. This may seem like an absurd question to ask since it is widely known that a real mile is equivalent to 1760 yards, but in swimming, this does not always seem to be the case.

Quick Answer- In competitive swimming, the 1650 yard freestyle swim event is also broadly accepted as a mile swim, but in reality, it is actually 110 yards shorter than a mile. Whereas, when we look at open water swimming a mile swim is an actual mile, meaning 1760 yards.

So in short, when it comes to swimming a mile it all really depends on you as a swimmer to define how long a “swim mile” is. If you asked a mathematician, scientists, open water swimmer or any regular person for that matter they would all tell you that a mile is a mile. Meaning 1760 yards or in the case of the metric system- 1609,34 meters to be exact.

On the other spectrum of things, if you were to ask a pool-swimmer they would likely end up telling you that a swimming mile is 1650 yards. And when it comes to training then things really start to get out of hand. Allow me to explain why-

The majority of pool-swimmers and their coaches accept a mile swim in training as either 1650 yards or 1650 meters, all depending on the type of pool you train in. This is because most pool-swimmers train in yard or meter pools, based off whether they are in the short course or long course swimming season.

But for the most part, pool-swimmers have adopted the 1650 yard freestyle as a mile swim. (1650 meters is far less common). Either way in both cases pool-swimmers (myself included) have decided that a swimming mile is either 110 yards shorter or 44,47 yards longer than an actual mile.

Ask our friends and family why we have done this and they’d probably end up telling you how all the chlorine had damaged our brain cells over the years, ask us as competitive pool-swimmers and we’d tell you that we are right and you are wrong, without giving much of an explanation as to why.

So if you are a regular everyday swimmer, just wondering how many yards is a swimming mile and want to decide how many laps you should dish out at your local pool to hit a mile in distance before heading off to work or school. Then I suggest you go with the standard mile- defined by 1760 yards or 1609,34 meters.

If you are an open water swimmer and you train in a lap pool throughout the week, then you can also just follow the guidelines given above to make sure you build up that base of fitness you need to swim that mile race.

For those of us who aren’t all that good at counting laps, or who simply just want to take the easy way out instead of worrying about all of the complicated arguments behind the “mile swim”. I suggest you check out the Garmin Forerunner 645 swim watch or consider buying the Form swim goggles to help you keep track in real-time of how far you have swum. 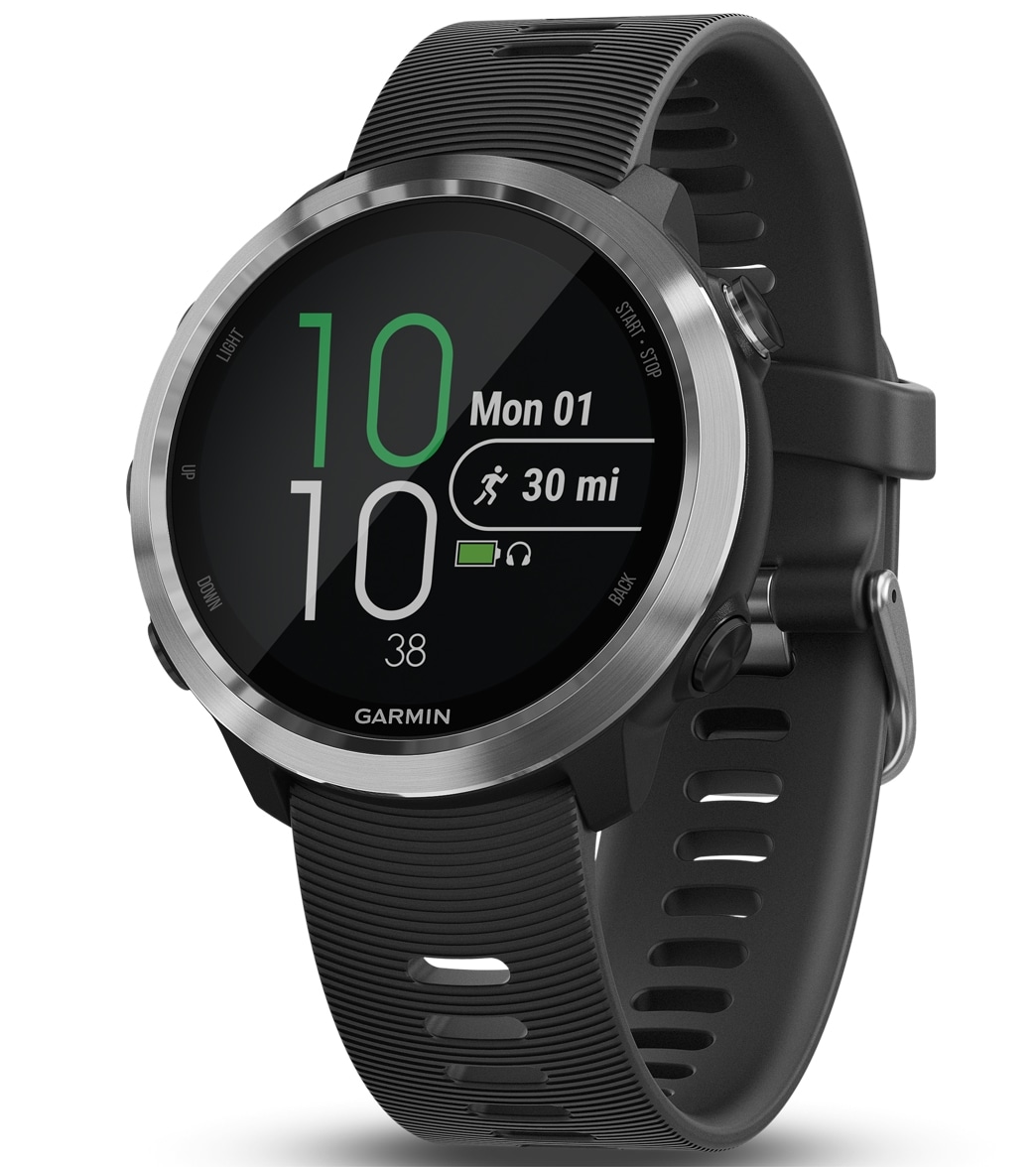 You can click here to view the latest price for the Garmin Forerunner 645 on Swimoutlet or additionally you can check out the price for the Form swim goggles on Amazon by clicking here.

And then finally for all my fellow competitive swimmers who are looking to train for the ‘mile freestyle swim event’. To you, I suggest doing 66 lengths in a 25 yard pool (1650 yards, just like in the actual event) or 60 lengths in a 25 meter pool (1500m).

Quick tip: If you’d like to continually improve your mile swim, then I suggest you do timed interval training, meaning time yourself every time you swim it and continually strive to get faster. This is an easy way to get faster without increasing the amount of distance you swim.

Now that we have finally covered the complicated and highly arguable topic of how many yards is a swimming mile, we are going to move on and actually investigate why a pool mile is not an actual mile, or in other words- why is a swimming mile 1650 yards? If we were to look at old Olympic records for help we will discover that the 1896 Olympic Games were the first Olympics where swimming was included. Fast forward a few years and we find that only one Olympics was ever swum in yards.

This was the 1904 Olympics in St. Louis. The St. Louis Olympic games did include an actual mile swim, but this isn’t of much help since swimming was done in open water back then, not in 50m pools like today.

Move on a bit further to the early and middle stages of the 20th century and we discover that swimming pools were often built in 55 yard distances. This was often done in the United States, the United Kingdom, and Australia since they all still used the imperial system back then.

These pools were actually just about a foot longer than the 50m pools we use today for long course swim meets.

Anyway, the point of this was to make swimming races more convenient. Since races could be divided up into equal parts of a mile. For example, an 880 yard half-mile swim would fit into exactly 16 lengths and a 1760 yard mile swim would fit precisely into 32 lengths.

But then in 1965 the Amateur Athletic Union (AAU) decided to scratch long course yard swimming (55 yards) and moved to change their long course meets to 50 meters in order to better prepare professional swimmers of the time for the Olympic Games. (which used 50 meter swimming pools).

When we dive back into history we will find that the 1908 Olympic Games included a massive 100 meter pool. Thus the 1500 meter freestyle swim would have been an obvious distance event. It was similar to the 1500 meter running event that athletics fans were familiar with and it supported the metric system used by the overwhelming majority of the globe.

So that is were the 1500 meter freestyle swim event was born, which from that day became a typical event in long course swimming. And so after the United States switched to their system of 50 meters pools for long course and 25 yard pools for short course, they had to find a way to keep their athletes from being placed at a disadvantage when traveling to international swim meets during the short course swim season.

So what most likely happened was that the Amateur Athletic Union (AAU) decided to replace the actual 1760 yard mile swim with a newer, more convenient one. So as people grew used to calling the 1650 yard freestyle a mile swim, the name most likely stuck and it is still called a mile swim today.

In my opinion, this entire topic is very interesting and as a competitive swimmer myself I thoroughly enjoyed researching it and digging my nose deep into the history of swimming in order to find an answer that seemed to make at least somewhat sense.

So to summarize everything in this article-

The 1650 yard swimming event is also widely known as a mile swim, although it’s actually a 110 yards short of a mile. This is because the United States created the event to better prepare its professional swimmers for the 1500 meter freestyle, which is a standard distance event at any international long course swim competition.

Over the years people simply grew used to calling the 1650 yard freestyle a mile and thus it is still called that today.